I’ve had a nagging feeling in the back of my mind these past few weeks; turns out it was my internal alarm telling me that I’d not posted for a while.  Well, I’m back from all my travels and I’ve got some things to show for it.  Or in some cases, nothing to show for it.

The first two weeks in June were entirely given over to Spindle Camp (a wonderful gathering of friends in the foothills of The Sierra.  We laughed, we talked, we ate, we spun.  It was fabulous.  I took no pictures.) and then a week in Washington DC.  I really should do a whole separate post on DC (hint: it’s amazing. So much to do!  So much to see!  I took a ridiculous number of pictures!) but really, that can wait.  I got home a week ago and realized that Art Fair is just around the corner.  I’ll be there with handwovens of all varieties – particularly dishtowels.

So, I got busy and warped the loom.  This: 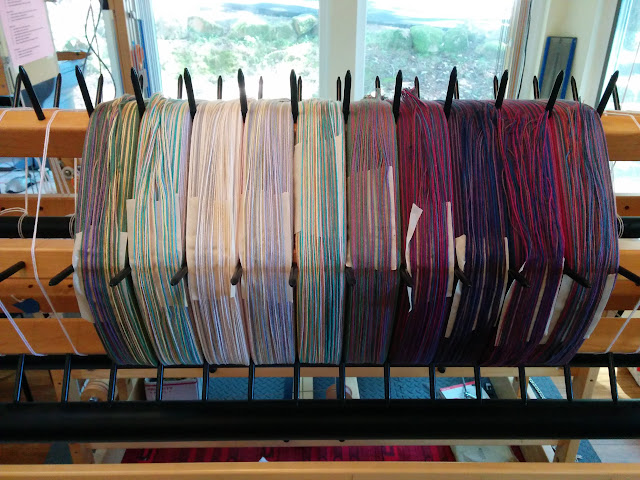 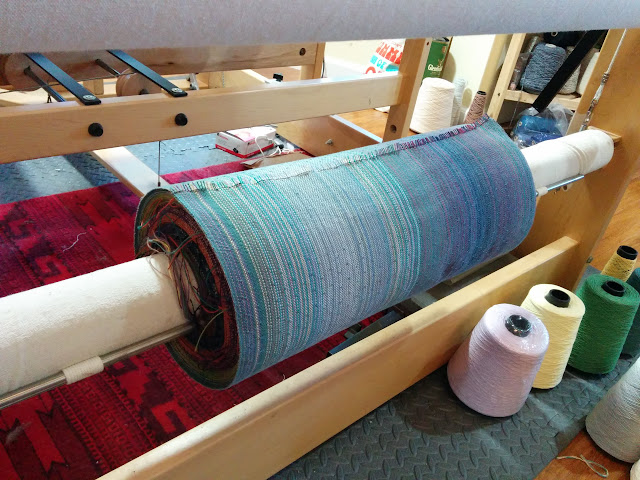 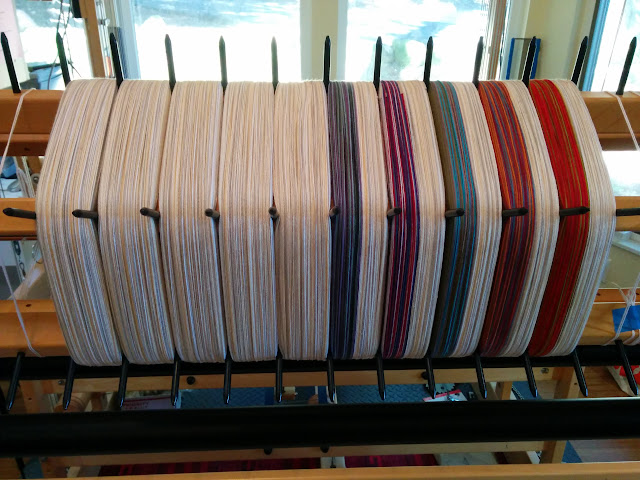 which is round two.  For those coming to the Fair, you’re benefiting from my rushing.  The towels that came off that first warp are longer than they should be – by quite a bit, actually.  I’m certainly not going to toss them – they’re gorgeous.  But, my DC-humidity-baked-brain is your reward.  About 10% more towel for the same price.   So it goes.  But!  I’m going to get it right this time around.  One more warp of towels after this one and I can move on to scarves and shawls.

And, lest you think I did nothing while in DC, I give you this: 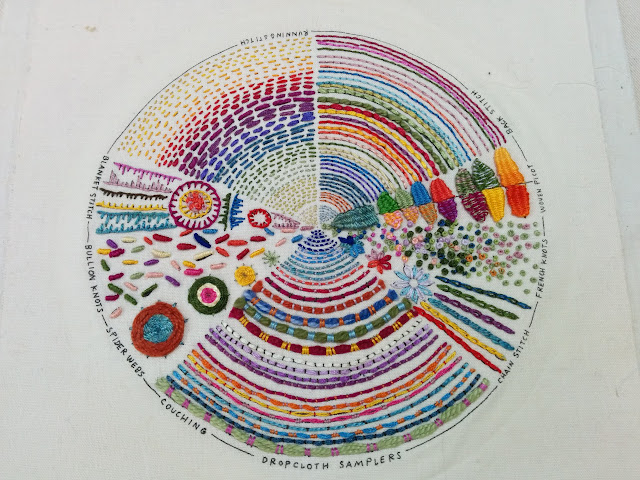 my finished sampler.  Yes, wonky stitches abound, but that’s the point of a piece like this.  I really got me thinking about how to use embroidery when I’m making things – and now I’ve got lots of ideas for art-pieces.  Pairing this with shibori, or for accents on some of my clothes – maybe even here and there on scarves.  But that’s for next year’s Fair.  My brain is already full of ideas for *this* year.

And in two weeks, I’ll be back up on Salt Spring Island with Jane Stafford.  The summer is rushing by.  What are you all doing to keep up with it?

This entry was posted in Sewing, Weaving. Bookmark the permalink.